The symposium explored both clinical and basic science aspects of intracranial pressure dynamics and their clinical applica- tion. Neuroscientists including neurologists, neurosurgeons, neuroanesthesiolo- gists, neuroradiologists, neurochemists, biophysicists and physiologists contrib- uted to the state-of-the-art presentations and discussions. Open exchange of ideas characterized this meeting as it did the initial meeting in Hanover, Germany in and subsequently at tri-annual meetings in Lund, Sweden; Groningen, Holland; Williamsburg, Virginia; Tokyo, Japan; and Glas- gow, Scotland.

The next Intracranial Pressure Symposium, to be held in Rotter- dam, Holland, in , will continue this tradition. The papers in this book have been grouped for the reader's convenience. In addition to monitoring ICP, EVD placement offers additional advantage in the form of facilitating therapeutic drainage of CSF, intrathecal administration of drugs antibiotics, thrombolytics and drainage of Intraventricular hemorrhage. However, in some cases, therapeutic CSF drainage especially in the presence of concomitant intracranial space occupying lesion has been associated with cerebral herniation[ 37 - 39 ].

Either the ipsilateral lateral ventricle or the third ventricle is the preferred site and owing to its non-dominance in the majority of the population[ 41 ]. Misplacement of the catheters extraventricular, parenchymal have been reported as has been inadvertent injury to cerebral structures such as basal ganglia, thalamus, internal capsule[ 42 - 44 ].

Kinks, bubbles, clots, tissue debris as well as infectious complications because of repeat surgery also pose a common impediment in the accurate recording of an ICP waveform and should be routinely screened for[ 45 , 46 ]. Technically EVD placement may be challenging in patients of young age group owing to narrow ventricular system. In contrast, atrophy induced widened ventricu-lar systems in older age groups also cause difficulty in placement of EVD[ 5 ]. Though it appears to be an innocuous surgical procedure, haemorrhage and infectious complications are common.

While the incidence of haemorrhage is variably high in different case series, detection of haemorrhage was more in institutions routinely performing CT scans after the procedure[ 47 ]. Thankfully significant haemorrhage causing morbidity and mortality occur only in fewer proportion of patients 0. The spectrum of infectious complications range from self-limiting indolent skin site infections, infections of the meninges and ventricular systems of the brain to florid and often fatal septi-cemia[ 42 , 49 , 50 ].

Intra-ventricular haemorrhage, sub-arachnoid haemorrhage, CSF contamination following a breach in the bony cranial vault, as well misplacement of EVD are other factors predisposing to EVD related infectious complications[ 43 - 45 , 50 ]. Various modalities such as use of antibiotic and silver impregnated catheters, subcutaneous placement of catheters, minimal mechanical disruption of the EVD setup, shortening use of EVD to less than five days and use of sterile techniques in an operating room setup have been shown to reduce infection rates[ 46 , 49 , 51 - 54 ].

At present evidence does not support the routine change of catheters or prophylactic antibiotics and it seem prudent to refrain from sampling CSF on a routine basis[ 46 , 50 ].

To summarize, EVD placement in the ventricle remains a highly reliable option for measuring intracranial compliance making it a gold standard technique. Care should be taken to minimize morbidity of infections and haemorrhagic complications as well as mechanical disruption in the catheter setup.

Other modality to directly monitor ICP in the present era of neurosciences uses the giant strides in micro-transducer technology. There are various kinds of devices, for example, fibreoptic strain gauge and pneumatic sensor devices which use the aforementioned technology, and an attempt has been made to present information about them in order of popularity, level of evidence and other salient points precluding their use. Numerous anatomic locations such as brain parenchyma, epidural and subdural spaces as well as the subarachnoid space have been explored to monitor ICP.

The most common location of placement of microtransducers in the routine practice is the right frontal cortex parenchyma, although other sites are also selected in brain parenchyma depending on loco-regional pathology in the brain[ 42 ]. Micro-transducers have exhibited a good deal of correlation with intraventricular devices.

They offer advantage over EVD in ease of handling and the fact that readings are not influenced by patient positions. The absence of fluid coupled system ameliorates the risk of infection and simplicity in the surgical maneuvering required for placement translates to lesser haemorrhagic complications. 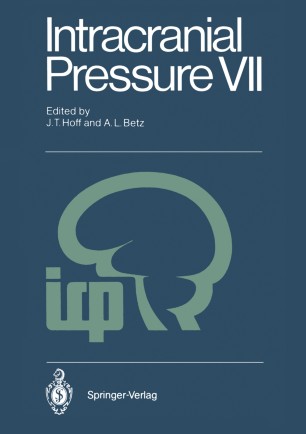 Also, the incidence of pressure waveform damping and measurement artefacts is lesser than fluid coupled devices such as EVD[ 42 , 55 ]. In addition to the drift in the system which sets in on prolonged use, the limitations with intraparenchymal transducer technology include an inability to recalibrate, institute concomitant CSF drainage as well as inability to predict global ICP [ 55 ]. This consists of a fibreoptic transducer which uses a diaphragm and a microprocessor driven amplifier to detect changes in light signal intensity to calculate ICP and represent it both as a waveform and a number[ 56 ].

The catheters are single use, involves an expensive set up and prone to damage during insertion in uncooperative patients. A daily baseline drift of about 0. Available evidence suggests that the significant infectious and haemorrhagic manifestations are negligible[ 57 , 59 ]. The technical errors have been mostly attributed to dysfunctional fibreoptic cables[ 56 , 57 ]. The commonly used Codman microsensor, the Raumedic Neurovent-P and S type sensors and the most recent Pressio sensor all work on the piezoelectric strain gauze technology[ 42 ].

Codman microsensor is a popular device and extensive studies have established it as a robust, stable and accurate ICP monitoring system which affords therapeutic options of CSF drainage when used in conjunction with the ventricular catheter[ 55 ]. Its small size permits its use in the pediatric age group as well as at various anatomical sites. There is no need for alignment and zeroing, and most importantly, infection and haemorrhagic complications and negligible[ 60 - 62 ].

The other two recent piezo-electric sensors, Raumedic Neurovent-P and S type and Pressio sensor have demonstrated similar efficacy and safety profile[ 63 , 64 ]. Drift continues to remain a common problem across all three devices, however newer devices have performed better in comparison to the Codman set up[ 61 , 63 , 65 - 68 ].

These ICP monitors use pneumatic strain gauze technology in a balloon tipped catheter system to measure ICP mostly at subdural or epidural location[ 69 ]. Available evidence has shown compatible results to gold standard intraventricular and intraparenchymal EVD-based monitors with negligible infections and haemorrhagic complications[ 69 - 71 ]. The fact that recent versions allow for therapeutic CSF drainage and have facilities for periodic automatic drift correction, besides being cheaper than the microtransducers, have made these compliance monitors very popular in neuro critical care set up[ 55 ].

The idea of a non-invasive method of measuring intracranial pressure is captivating, as at least theoretically, they are expected to be less cumbersome and would avoid complications such as haemorrhage and infection. Additionally, in certain clinical scenarios or patient conditions, non-invasive monitoring should be logically a more reliable alternative.

The advent of recent software-based neuro-imaging techniques and new diagnostic tools has led to the development of a variety of methods which have been investigated for their potential to replace the gold standard invasive monitoring. Ideally a non-invasive ICP Monitor should be readily available throughout the hospital, be inexpensive, accurate and should also be simple and convenient to use.

There should be minimal contraindications and limitations, so that it can be of use in all patient populations.


There have been various attempts at classi-fying non-invasive ICP monitors. While some authors have classified according to the anatomical location of the measured entity, some have classified it according to the timeframe utilized. We have attempted to present the various modalities for non-invasive ICP monitoring in terms of relevance and popularity of use.

Measuring the optic nerve she diameter as a mirror of ICP works on the premise that the intracranial cavity is in direct continuation with the CSF filled subarachnoid space between optic nerve and the sheath which encloses the optic nerve[ 72 , 73 ].

Hence the logical extension would be that an increase in CSF pressure would expand the sheath and this change would be dynamic. It presents neuroscientists an unique window to measure the optic nerve sheath diameter ONSD which would predict dysfunctional intracranial compliance in real time[ 74 ]. It is measured by placing a liner transducer probe The ONSD is measured at a depth of 3 mm from the posterior pole of the eyeball as this point is the most reflective of the changes in ICP[ 75 ].


While sonographic ONSD measurement is easy to learn and non-cumbersome, it has certain limitations. Despite the limitations, measurement of ONSD has been established as a useful bedside modality to predict increased intracranial pressure and there have been a slew of studies in neuroanaesthesia and neuro-intensive care to establish that ONSD is of actual utility in the management of intracranial hypertension. While it has been established that an ONSD increase in millimeters corresponds to dramatic changes in ICP value, is it still has a long way to go to replace invasive ICP monito-ring in terms of sensitivity and specificity.

Available evidence suggests an ONSD of 4. Ultrasound image of optic nerve sheath diameter. Hence, while currently ONSD might not be a highly sensitive and specific mo-dality, it is more popular as a screening tool for detecting increased ICP, especially in situations where access to invasive monitoring techniques are unavailable. The idea to measure central retinal vein pressure as a surrogate of ICP was mooted by Baurmann way back in [ 88 ].

However it was only at the turn of the last century that Firsching et al[ 89 ] explored the idea in a study. They concluded that CRV pressure measurement or ophthalmodynamometry showed good correlation with invasive ICP monitoring but it was not useful for continuous monitoring.

Subsequent studies by the same author, Firsching et al[ 90 ], have demonstrated refined algorithm-based measurement and superior technology whilst using ODM. Although venous ophthalmodynamometry can be useful for static measurements, it cannot be used for continuous monitoring[ 90 ].

While it can predict raised ICP with a probability of However, while it has been established that ophthalmodynamometry is an exciting non-invasive modality, it still remains inferior to invasive ICP monitoring [ 90 ].

The core concept of using tympanic membrane displacement TMD as a simulation of ICP is based on the proximity of the stapes and the oval window. The assumption is that the cochlear fluid pressure which would logically be a function of the ICP would affect the stapedial excursions.